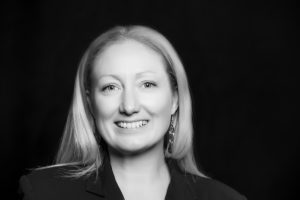 Joan Thorp is a Sydney-based musician, teacher, conductor, arranger and adjudicator with 25 years of professional experience. She has an ATCL French horn diploma plus state and National Championship titles from the National Band Association to her performing credits.

Joan is an accredited member of the NSW Music Teachers’ Association, the Australian Band and Orchestra Directors’ Association and the Music Arrangers’ Guild of Australia and has an L.Mus.A Theory of Music Diploma.

Eddie Claxton has participated in music-making and the local UK band scene since the age of 9. As a young player, he was an active member of county wind and brass bands, honing his trumpet and cornet player skills. After leaving school, Eddie successfully auditioned for the Band of Her Majesty’s Coldstream Guards, where he spent more than 25 years as a featured soloist and member of the band and orchestra. Whilst still serving, Eddie managed to find time to train and conduct local Brass Bands, gaining success in contesting at local and national levels and was also an adjudicator.

In 1999 Eddie retired from the British Army, and he and his wife and two children migrated to Australia. Since arriving in Australia, Eddie has been an active member of the Sydney Brass Band movement, both as a player and conductor and enjoying success with Liverpool City and Yagoona brass bands. Eddie has conducted the newly merged South West Sydney Brass to win at National and local contests. In addition, he has undertaken numerous public performances.

Eddie has become a playing member of the very popular NSW Fire and Rescue Band as a cornet player within the last year. Eddie is also a member of the  Band Association of NSW management committee and is currently facilitating a series of conductors workshops across various cities and towns across NSW. In addition, Eddie has recently taken up the position of brass tutor at George’s River Grammar School.

After spending more than 50 years in the music industry, Eddie is passionate about giving back to the local community and sharing his knowledge and experience with band people of all levels.

Lt Col David Barringer MBE was born in Rotherham, South Yorkshire, in 1973. His musical upbringing was in Brass Bands, playing with some of the UK’s top Bands and being Junior Slow Melody Champion of Great Britain for two years in succession. David joined the Army in September 1989 and, after basic training, studied at the Army Junior School of Music, Pirbright. He subsequently attended the Royal Military School of Music, Kneller Hall. He joined the Coldstream Guards Band in January 1993 and toured all over the World with them, including a three-month coast to coast tour of the United States and Canada.

During his time with the band, he developed an interest in brass band conducting and spent two years as Resident Conductor of the Flowers Brass Band. After winning the London heat of the 1998 Young Conductor of the Year Competition, he went on to be runner up at the National final. He then represented Great Britain at the inaugural European Conductor of the Year competition in the year 2000. He was selected for the prestigious Student Bandmaster course at Kneller Hall in the summer of 2000 and was awarded a Bachelor of Music (Honours) degree on completion of the course.

On promotion to Warrant Officer Class One in July 2003, he took up the position of Bandmaster to the Lt Div Band, and in 2005, he was posted to the AGC Band.  In January 2007, he was assigned to Headquarters Directorate Corps of Army Music at Kneller Hall, and he was commissioned in the Rank of Captain in April 2008. He was appointed as Director of Music, Royal Signals, in January 2009 and in February 2012, he was promoted to Acting Major, returning to the Royal Military School of Music.

Following a period away from music in various staff appointments, he became Director of Music at the Band of the Royal Regiment of Scotland early in 2017. In 2018 he was awarded the MBE and returned to the Household Division as Director of Music Welsh Guards. In November 2019, he was promoted to Lieutenant Colonel and appointed as the youngest ever Principal Director of Music Army.

Dave has continued to pursue his interest in Brass Bands throughout his career. He was Musical Director of SWT Woodfalls Band, Professional Conductor with Yeovil Town Band. He masterminded the resurgence of Bournemouth Concert Brass — seeing them qualify for the National Brass Band Championships in 2012. He has conducted several major competitions and has made numerous recordings, including ‘Listen to the Band’ broadcasts for BBC Radio 2. He combined his hobby and his career by forming the British Army Brass Band in 2007. The band received rave reviews, recorded ‘Top Brass’ and was ultimately instrumental in the Army establishing three full-time brass bands.